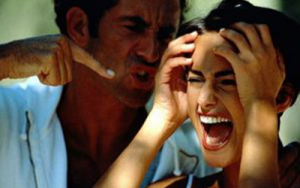 I read an interesting article recently on how a child of a parent with Borderline Personality Disorder might feel, in fact- it was one of very few that I could find, which has sparked me to create my own blog post on the nuances I have seen and experienced being a therapist, and being very close to someone with Borderline Personality Disorder (more than 1 actually-it’s quite common, so, please don’t feel alone).

Everything you say, do, think and feel that is not in line with the expectation of said person will always be seen as an act of rejection and abandonment.  For example, let’s say you make a big gift to someone (let’s say thousands of dollars)- it can and could be construed by someone with BPD as an insult.  Yes, after all, what makes you think that they need all that money?  Or if given a smaller gift, the response maybe- “Can you believe that ALL they gave me is 20 bucks? Aren’t I important?”.

If you’re reading this article, you are probably far too familiar with the pain of living with someone suffering from BPD.  Often, your reality no longer feels real.  You begin to believe the idea that not complying with every need of the person means that you are bad or unworthy, not good enough to be loved how you need to be loved.  As a child, you were probably confused as to why your parent was raging at you for taking too long to answer a question, or even as to why you were called names by a family member who supposedly loved you.  After a long time, you begin to believe that BPD love is real love; however, BPD love isn’t based in reality.  It is based in the sole effort to avoid abandonment and rejection.

It helps me to deal with the people I have met with who have BPD as highly traumatized children trapped inside of an adult body and mind.  Can you imagine what kind of pain someone who develops BPD has experienced that makes them so afraid to be abandoned or alone?  What level of rejection and abandonment have they faced?

I can’t talk about BPD without talking about trauma.  In traumatized populations, BPD occurs at a much higher rate.  Many report histories of sexual abuse (often by more than one person), death of a loving caregiver at a young age (i.e. death of a financially supportive and emotionally supportive parent who dies leaving the surviving parent to make ends meet, often lacking the true ability to be a supportive parent).  Most report a history of repetitive trauma that results in feeling helpless, hopeless, misunderstood, and alone.  As adults and late teens, someone with BPD may begin to latch on to people in a desperate attempt to escape their reality, and to help calm the PTSD.

People who have a history of trauma often find themselves on a quest to control their surroundings to be sure that they are safe.  People with BPD have often been hurt by people, not just their surroundings- and it appears that in addition to controlling the environment they live in, they want to also control the people who live in their environment- after all, that is the only way they believe they will be safe.

A parent who becomes jealous of your time spent with others, is scared at the core that you will leave them for “something better”.  The complexities of BPD are numerous, and often difficult to put words to describe it.  I believe it is due to the BPD person being a trapped child- often acting as a child in their illogical attempts to control others movements in the hopes that they would not be abandoned.

Someone with BPD has a very hard time with boundaries.  I’d like to even go to the extent that they have NO boundaries.  Remember, everything they say, do, think, and feel is related to being rejected or abandoned.  Their primary motivation is to prevent this.  The best way, imo, to prevent someone from abandoning you- is to infiltrate every decision, and every area of their life.  That’s right- they want to know when you eat, sleep, poop, and whether you had sex yesterday.  The extent of a lack of boundaries is individual and depends on the person you may be dealing with at the moment.

What does this all mean for you?  It means that there is an understanding that this person, without ongoing psychological support from mental health providers, that they will not change.  It means, that if you choose to continue to be in the relationship with this person that you will most likely be emotionally abused, if not even physically abused (depending on the individual, gender, and history).  It means that you must take care of yourself and your family to shield and recover from the difficulty of living and or dealing with someone suffering from BPD.

Have You Ever Been Called Toxic, Narcissistic, or Borderline?

Have People Called You Toxic, Narcissistic, or Borderline?  You aren't toxic.  You just have Trauma. Being called toxic, narcissistic, or borderline can feel devastating.  Our initial reactions may include getting angry, lashing out, or denying we are toxic. ...